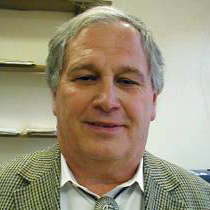 Ph.D., U. of Rome, 1968
Emeritus Physicist at the CERN Department of Theoretical Physics

Professor Ferrara's main research interests are in modern theories of gravitation and unification of fundamental interactions through the principle of symmetries.

In the early seventies he studied the implication of "conformal invariance" in Quantum Field Theory (with R. Gatto, Rome University, A.F. Grillo and G. Parisi, CNEN, Frascati National Laboratories) in particular the Conformal covariant OPEs (Operator Product Expansion) which eventually led in 1973 to the formulation of the "Conformal Boostrap" (with R. Gatto and A.F. Grillo) independently pioneered by Polyakov (1974).

In 1993 he received the Dirac Medal and Prize from ICTP (Trieste) and in 2006 (with D. Freedman and P. Van Nieuwenhuizen) he received the Dannie Heineman Prize for Mathematical Physics from the APS.

In 1995 (with R. Kallosh, Stanford, and A. Strominger, Harvard) he formulated the Attractor Mechanism for extremal black holes in four dimensions. This opened the way to further studies on the microscopic derivation of the Bekenstein-Hawking entropy area formula and generalizations thereof by exploiting mathematical properties of superstring theory.

In 2005 he received an Honorary Degree in Physics, "Laurea Honoris Causa", from the 2nd University of Rome (Tor Vergata, Italy), and (with G. Veneziano, CERN, and B. Zumino, Berkeley) was awarded the Enrico Fermi Prize of the Italian Physical Society. In subsequent years Professor Ferrara studied many properties of the effective theories of superstrings and M-theory and in particular the role of duality symmetries in these theories.

In 2008 he was awarded a Miller Visiting Professorship at the Physics Department of UC Berkeley. In the same year, mainly for his studies on Black Holes in Supergravity, he was awarded the Amaldi Medal - the European Prize for Gravitational Physics bestowed by the Italian Society of General Relativity and Gravitation.

From mid 2009 to the end of 2014 he has been the Principal Investigator at CERN of an Advanced Research Grant awarded by the European Research Council on "Supersymmetry, Quantum Gravity and Gauge Fields" with INFN (Istituto Nazionale di Fisica Nucleare) as second beneficiary.

In 2010 he was awarded the title of "Commendatore OMRI." The ranking of Commander of the Order of Merit of the Italian Republic was in recognition for his services to the physics community. In recent years his activity was mostly at the interface of Cosmology with Spontaneously Broken Supersymmetry, the latter applied to models of inflation, especially in collaborations with Renata Kallosh and Andrey Linde (Stanford University), Massimo Porrati (NYU) and Augusto Sagnotti (SNS,Scuola Normale Superiore, Pisa).

In 2015 he received the Margherita Hack prize for Science, sponsored by the Italian Ministry of Science and Culture and by the Italian National Institute of Astrophysics. At the end of the same year he was awarded the 99th JINR Medal of Honour, Dubna (Russia), bestowed by the Joint Institute of Nuclear Research.

In 2016 he was a recipient, together with Daniel Freedman and Peter van Nieuwenhuizen, of the Ettore Majorana Medal, bestowed by the Ettore Majorana Foundation and Center for Scientific Culture, Erice, Italy. In October of the same year he was elected foreign member of the Russian Academy of Sciences (RAS).