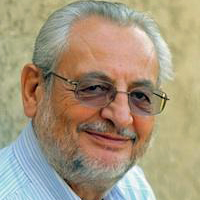 My area of research is electron and photon beams physics, coherent X-ray sources, particle accelerators and their applications, novel accelerators using lasers and plasmas. Within this field I am particularly interested in collective effects, instabilities, and self-organization phenomena.

My initial work at Frascati National Laboratory, was dedicated to the design and development of electron-positron colliders. I discovered the “Head-Tail effect” [1] and other collective effects strongly limiting the collider luminosity. Understanding these phenomena, and how to control them, was of crucial importance to reach for the first time the luminosity needed to obtain meaningful experimental results for high-energy physics, and to develop the standard model of elementary particles.

In the following years my interest extended to free-electron lasers (FELs). My principal contributions in this field have been the high gain FELs theory, including the self-amplified spontaneous emission (SASE) regime [2], and the applications of these results to the development of X-ray FELs [3, 4]. In a Workshop on 4th Generation sources organized by M. Cornacchia and H. Winick in 1992, I proposed the construction of a 0.1 to 4 nm wavelength SASE X-ray FEL using the SLAC linear electron accelerator [5]. This proposal was developed by a study group chaired by H. Winick, that produced the first design of what is now called LCLS.

While participating in the design study I also lead the UCLA experimental work on high gain SASE FELs, demonstrating for the first time the validity of the theoretical models, measuring very large gain and the statistical properties of the radiation [6, 7, 8, 9]. These experimental results were of critical importance to obtain DOE initial funding of LCLS and the later approval and construction of the project.

Two important theoretical contributions from this period are the discovery of the spiky temporal structure of SASE radiation [10], and a detailed discussion of quantum effects for X-ray FELs [11]. Other work was aimed to further develop the LCLS characteristics , including methods to generate ultra-short X-ray pulses [12,13].

The LCLS project reached its completion in 2009, when the first X-ray FEL was successfully commissioned at SLAC establishing a new record in X-ray beam brightness, over nine orders of magnitude larger than any previous source, generating X-rays with Ångstrom wavelength and femtosecond pulse duration and groundbreaking intensity and coherence. These novel properties are revolutionizing the study of atomic and molecular systems and have led to new X-ray FELs projects in Japan, Europe and Korea.

More recently I have been working on methods to increase the X-ray pulse peak power from the present level of tens of GW to the TW level [15, 16] and to improve the coherent properties of X- ray FEL radiation. In the last area my collaborators and I have proposed a novel, improved SASE (iSASE) to reduce the X-ray pulse line width by amplitude and phase mixing of the spikes obtained manipulating the time relation between the electron bunch and the photon pulse [17]. This method can generate transform-limited pulses as shown in the figure above. The black line shows the SASE spectral width, in normalized units, and the red line shows that, transform-limited, obtained with iSASE.

Another novel concept for FEL physics and Xray applications is the “gain modulated” FELs, offering spectral control and the generation of simultaneous two-color pulses [18]. The experimental results agree with the theory, as shown in the figure below. The two color pulses have been recently used in atomic physics experiments at LCLS.